CFIB’s elected Board of Governors includes members with extensive business experience and expertise from every province, as well as our CEO, Dan Kelly, and our Executive Vice-President and Chief Strategic Officer, Laura Jones. The Board oversees the governance of CFIB. 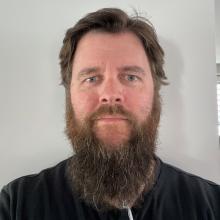 Mike started his career in the restaurant industry in 1998, progressing from dishwasher to owner of three pubs and restaurants. After working as general manager of the restaurant Snooty Fox from 2007 to 2012, Mike bought a Cora’s Breakfast & Lunch franchise in Fredericton in 2012. His Cora’s has then achieved continuous revenue growth for 5 continuous years.

With the help of his business partner, Mike continued to grow his operations in 2017 by purchasing Cannon’s Cross, a British-styled pub. One year later, the two partners launched King West Brewing Company – RustiCo., a new concept restaurant that serves wood oven pizza and craft beers. As the Owner-operator, Mike manages his establishments with the strong belief that employees are a crucial part of the team and the business’ success.

Born and raised in Minto, New Brunswick, Mike studied in French and is bilingual. When he has spare time, Mike enjoys fixing and restoring old motorcycles with his brother. 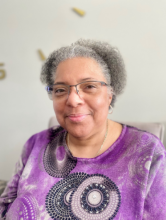 Paula founded Paula’s Place in 1986. At the time, she didn’t expect it to last very long – but she’s still there, more than 30 years later, in Halifax’s Rockingham neighbourhood.

Building on Paula’s lifelong experience with sewing, the shop started as a tailor shop, but has evolved to become a sort of one-stop shop for the community – a big part of why it has successfully stayed open for so many years. Paula and her husband, Dennis have dedicated themselves to learning more skills, like shoe repair, as well as offering more services like dry cleaning, key cutting and knife sharpening.

When she’s not at the shop, Paula attends church, family gatherings and goes on vacation every year with Dennis.

Arnold started Tanglebank Country Gardens in 1996 in Abbotsford, where he was born and raised. With the addition of a gift shop in the late 90s and a bistro in 2012, Arnold and his wife transformed the store into a destination you can relax, reconnect and enjoy nature. Arnold received the 2000 Business Excellence Award in agriculture and the 2005 Business Excellence Award in tourism, recreation and leisure from Abbotsford Chamber of Commerce.

Prior to Tanglebank Country Gardens, Arnold owned and ran a landscape and maintenance company from 1993 until 2003. He studied Horticulture at Kwantlen Polytechnic University, where he graduated in 1995.

Arnold continues to nurture his passion for gardening at his own store by fostering a diverse plant garden with his family. The family runs workshops for children which explore food cultivation and spread agricultural awareness. 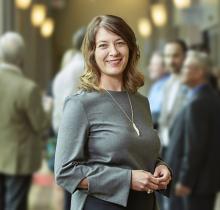 Born and raised in Winnipeg, Lisa has worked in her family business since the age of 13, and now co-owns of the Diamond Gallery with her parents. As a GIA trained gemologist and designer, she works closely with her clients to craft new pieces or redesigning family heirlooms.

As a dedicated community member, Lisa and her business have been recognized as 2017 Independent Retail Ambassador of the Year (Retail Council of Canada), 2016 Manitoba Future 40 (CBC), and 2013 Canadian Independent Jewellery Retailer of the Year (Canadian Jeweller Magazine) to name a few.

Lisa is a proud Franco-Manitobaine, and she and her husband have a young son and daughter. They enjoy cheering on the Winnipeg Jets and time at the lake in the summer. 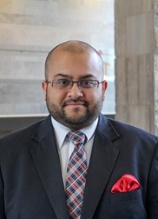 Abed began his career in the Audit and Advisory Practice at Ernst and Young LLP where he earned his CPA, CA. After completing his MBA from Ivey Business School at the University of Western Ontario he joined his family business in residential property management.

He led the expansion of the company into hospitality assets with the acquisition of the Best Western in Brantford, Ontario and has led business operations and finance ever since.

In addition to the business, Abed sits on the board of Urban Farming Initiative (a non-profit geared to the efficient use of underutilized land in urban sprawls) and ASP Foundation (an international NGO that funds education for children in poverty in the country of Bangladesh)

Abed is also a rabid basketball fan and cannot wait for the Raptors to win their next championship. 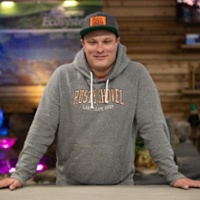 Owner and President of The Rusty Shovel Landscape Shop in Regina, Saskatchewan

Founded in 2010 by Sean and his uncle, The Rusty Shovel is a landscape and irrigation design and supply company in Regina serving professional landscape contractors and DIY homeowners across Saskatchewan. Sean and his wife Katlyn bought the remaining majority share in the company in late 2014.

Born and raised in the Regina area, Sean is a graduate of the University of Regina with a Bachelor of Business Administration, Majoring in Marketing and a Certificate in Economics in 2007.

When it’s time to get away from work, Sean is an avid golfer and hockey coach. Sean and his wife Katlyn have three children active in hockey and figure skating. 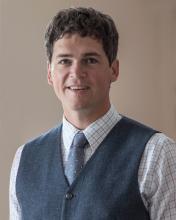 David practices law in downtown St. John’s, Newfoundland & Labrador, at the law firm O’Dea Earle. He has a general litigation and small business practice and can be found in the courthouse for an injury trial or addressing small business clients on their legal/corporate needs.

With a vibrant small business practice, David focuses on providing cost-effective solutions to many of the legal challenges that face small business owners. He has also volunteered with organizations such as the Atlantic Canada Opportunities Agency to provide business owners and sole proprietors the knowledge and tools they need to safeguard their businesses.

David and his wife April (a small business owner herself) have two children, Evaleigh and Benjamin. David has also volunteered on the board of the Open Book Literary Council, the National Salvation Army Ethics Centre and other organizations. 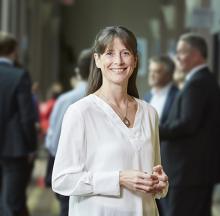 Established in 2001, Craggan Farms Ltd. is a family run dairy farm, owned by Jill and her husband John, which milks 60 head of registered Holsteins. As a practicing veterinarian, Jill does the veterinarian work at the farm in addition to providing support with the daily operations.

Hailing from Westville, Nova Scotia, Jill studied Environmental Studies at the University of Waterloo, then Animal Science at Nova Scotia Agricultural College. She graduated from the veterinary medicine program at the Atlantic Veterinary College in 2001 and practised as a veterinarian for 20 years, including 13 years as co-owner of Southport Animal Hospital, before deciding in 2020 to focus on the family farm with her husband.

Jill is married to John Wood. They have three children and are project leaders in the local 4-H program.

Robyn Young has been working in the family business, Lundgren & Young, since 2000, but she’s been immersed in insurance for most of her life. Her parents bought into a brokerage when she was a child, and since then she has worked her way to the top, before overseeing the strategic partnership with Excel & Y Insurance Services Ltd in 2021.

Her and her husband are proud Calgarians with Winnipeg roots who enjoy spending time at their cottage in Manitoba. 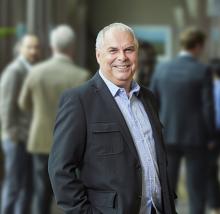 Robert was born and raised in Montreal, where he also first worked in employment placement services—more than 40 years ago.

In 1976, he was hired by a recruitment firm that was starting up its Montreal operations. Robert acquired the business in 1996 and renamed it Excel Personnel Inc. The firm now has five branches and more than 40 staff. Those staff have access to “mini-gyms” at the office—a testament to Robert’s enthusiasm for fitness. Robert’s success caught the attention of La Presse, which recognized his leadership in 2014.

Robert has four children and also has seven grandchildren. He is devoted to his work and his family, and takes part in all their activities.

Founder and former chairman of the board of CFIB

Mr. Bulloch taught business and finance at Ryerson Polytechnic University between 1963 and 1969, when he founded the Canadian Council for Fair Taxation, inspired by a government proposal that would have hiked the small business tax rate to 50 per cent. The council defeated this proposal, quickly grew and became CFIB two years later.

Educated in engineering and business, Mr. Bulloch formed Canada's first Entrepreneurship Education and Research Centre at Ryerson, which was the forerunner of the Entrepreneurship Centres at universities across Canada. He has been recognized with a fellowship from Ryerson and the Distinguished Business Alumni Award from the University of Toronto; and is a Member of the Order of Canada.

John’s wife, Mary Bulloch, played an instrumental role in the growth of CFIB. In 2016, the Federation re-named its headquarters in Toronto the John and Mary Bulloch Building, in honour of their contributions. 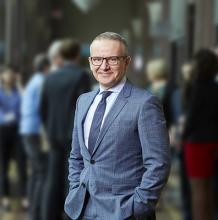 CFIB’s President, CEO and Chair of the Board of Governors

Dan is the lead spokesperson and advocate for the views of the Federation's 95,000 small and medium-sized member businesses.

Dan has been with CFIB since 1994, when he joined as Policy Analyst for the Prairies. Following stints in Winnipeg and Calgary, Dan was named Senior Vice-President, Legislative Affairs in 2009. In 2012, he replaced Catherine Swift as CEO, and became chair of the board in 2014.

He has successfully spearheaded CFIB’s fights on many issues, including labour shortages, immigration, and credit and debit card fairness.

Dan was born and raised in Winnipeg and graduated with a Bachelor of Commerce from the University of Manitoba. Immediately following university, he spent a year living and teaching in northern Japan.

Dan and his wife live in Toronto with their young son.

Laura is responsible for the Federation’s legislative and research functions.

Since joining CFIB in 2003, Laura has spearheaded a number of high-profile campaigns on behalf of small businesses, including CFIB’s annual Red Tape Awareness WeekTM. Laura is passionate about red tape and other issues that don’t get the attention they deserve, and has led ground breaking research on the costs of regulation in Canada and in the U.S. She has also served on a number of federal and provincial committees that advise government on reducing the regulatory burden.

Prior to joining CFIB, Laura worked for the Fraser Institute where she created a Centre for Studies in Risk and Regulation and published a number of policy studies on resource use and regulation. Laura and her husband live in Vancouver with their three spirited children.