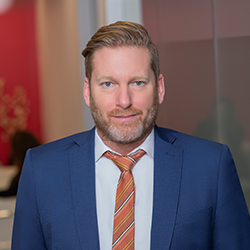 Jasmin Guénette is the Vice-President of National Affairs at the Canadian Federation of Independent Business (CFIB). Since joining CFIB in September 2019, Jasmin has been responsible for advancing federal advocacy priorities, representing the organization at government and stakeholder meetings as well as in committees, and acting as a spokesperson on national files.

Prior to joining the CFIB, Jasmin served as Vice President of the Montreal Economic Institute and Director of Academic Programs at the Institute for Humane Studies at George Mason University. Among several notable accomplishments, he has also authored a book, written hundreds of articles for various newspapers and websites, served as a content producer for short documentaries, served on several boards, and was recognized as an Ambassador of the Université du Québec à Montréal for his continued involvement with the university.